We're going to take a running start on this article, so if you want to catch-up I recommend reading part 1, and part 2.

The Beginning of The End

On their way back from Kaffa to Genoa in present-day Italy, one could wonder the kind of torture these merchants endured. You have to remember that they escaped annihilation by Mongols. Now their minds are set to getting home and to recuperate their losses. Little did they know the devastation brewing just beneath their feet.

You see, the plague came with the Mongols brought about by fleas that hitched rides on the fur of rats that came with the merchants from the Caravanserais of Central Asia - with the Mongols to deliver supplies and goods, and of course - to trade with the people in the Caucuses. These rats are now in the cargo hold of the ship, awaiting to step out onto their new world.

As a matter of fact, ships were major vectors of the plague, evidenced by how the plague appear to follow towns, cities, and coves that are part of trade routes - not to mention, these ships were common breeding grounds for large rats that thrive in damp and dark places like the cabins of these ships

While on the way to Italy, these merchants and the sailors with them will succumb to the death lying inside their ships.

The ship should've never continued its course to Italy, had they let themselves perish in the Mediterranean - probably engulfed by the waves, history would've taken a different course.

Fate has other plans for mankind.

Anecdotal evidence suggests that in October of 1347, 4 ships arrived at Sicily in Italy, aboard were men, some half dead, some rotting. On their skin are blood-dripping and pus-oozing sores and wounds - they would start the turn of events that will eventually kill roughly 200 million, around 2 out of 3 people, when it ended in 1353; and approximately 1 out of 5 people worldwide.

A Little Escape From The Devastation... (Author's Thoughts)

Today, mankind is going through a disease that has the potential to lay waste to the civilization we've worked so hard to build. However with only a 6.4% fatality rate from roughly 1,999,628 infected - as of 1:34 PM GMT of Wednesday, April 15 - this disease pales in comparison to our subject for this blog series.

It's imperative to note that the fatality rate is not the only thing mankind should be worried about.

But our xenophobia and man's evolution based protect-only-our-own mentality is polarizing us.

Everywhere we see nations divided, the protectors become the oppressors, while the weak makes effort to support the front liners. Others act as children do, dissuade them from going out and they'll disobey. Of course, this is not preaching, but rather a calling.

We consider ourselves more evolved than our ancestors, with our technology - bigger brain capacities. But are we really, at our very core, any better? Are we any better than the men that could pillage and plunder for the sake of their own? Or have we just adjusted our pillaging and plundering to more subtle natures - to cater for the more sensitive amongst us?

Once we start asking these questions, then maybe, just maybe, mankind has a fighting chance.

...and So The Rings Around The Rosies Began Appearing

Ring-a-round the rosie, A pocket full of posies, Ashes! Ashes! We all fall down.

The Dark Ages was not a kind era for people living in Eurasia. A period lasting from the fall of the Roman empire in 476 AD to the 15th century, and because germ theory was not discovered yet - and might even be considered witchcraft, sickness was the common cause of death. That and other reasons like from starvation, and the following sicknesses were the most common: dysentery, gonorrhea, influenzal Leprosy, malaria, measles, Smallpox, Typhoid, and Puerperal Fever.

As soon as those Genoese merchants arrived in Italy, people had a new problem to worry about.

People infected would start to notice boils appear on their skin, starting with large lumps on their armpits and groin. Soon these boils would cover most of their skin - up to their faces. One poet described the plague as “At the beginning of the malady, swellings either on the groin or on the armpits, wax to the thickness of a common apple, and these are named - [albeit vulgar] - plague boils". These boils would cause so much pain, not only as a searing pain on the skin but also great difficulty in movement; which could incapacitate any man.

The boils eventually grow into blackish blue, egg-sized, lumps. Additional symptoms include fever, pain, chills, sweating, upset stomachs,  and diarrhea, finally followed by death. No one truly knows how the black death was passed on to healthy people. Some doctors say people will be infected just through a mere touch of clothing. Those of a more questionable mental constitution say the souls of the departed infect the living as they glide through.

What makes the plague more deadly was that many of the infected were asymptomatic, meaning that for the first few days they go about their daily lives without knowing that they’re already passing on the disease to other people. 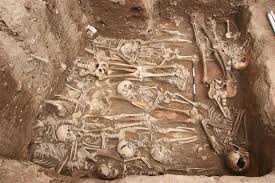 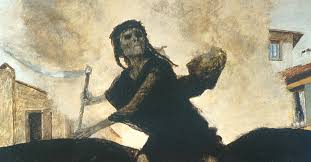 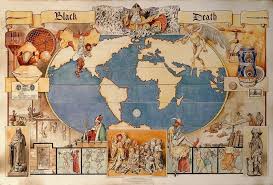 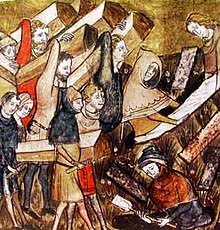 Those infected, however, will soon die within a few days. All will die alone because those that were not infected will be too terrified to come even close to the dead for fear of catching the infection. Doctors often turn patients away, while priests refuse to perform anointment rituals on the sick and dying in fear of being infected. Not only was the continent experiencing poverty, starvation, it's not seeing a kind of disease that has not ravaged its lands for almost one millennia - no wonder they had no idea how to deal with it.

There were those who try to heal the afflicted. Treatments, sadly, often also lead to their deaths.

Bloodletting, for starters, where doctors cut through the veins and arteries of the patients so the blood may flow freely. It stems from an ancient belief that in order to rid people of illnesses, the body needs a balance of blood, phlegm, and bile. Some notable historical figures who sadly died through this procedure are: George Washington - the 1st president of the United States of America, and King Charles of England.

Another treatment that added to the body count is Boil Lancing: where people use a red-hot knife to pop the boils of the infected. This, however, also cause death due to toxic shock.

Interestingly, the plague did not only kill humans it also devastated livestock and animals. Leading to a shortage of wool, in turn, clothing options dwindle as well. The plague started a cycle of economical decline, accompanied by an already deficient farming system, that lead to even more decay of the social structure.

In Florence, the great Renaissance poet Petrarch was sure that they would not be believed: "O happy posterity, who will not experience such abysmal woe and will look upon our testimony as a fable."

In some villages and towns, bodies of the deceased stayed where the people died as there were not enough alive to bury them. In Florence, Italy roughly 90% of the city's population will die - so devastating the plague was that it took the Florentines up to the late 1800s to get the population back to the same numbers.

Further east of the Mediterranean, thousands will die by the day. In "The Travels of Ibn Battuta," the great traveler noted that as of 1345, "the number that died daily in Damascus (Syria) had been two thousand," but the people were able to defeat the plague through prayer.

The smell of the deceased in nearly every corner of the continent became a normal part of life - albeit unbearable - and even more so the smell of the infected. People in Europe  puts posies or petals of any good smelling flower in their pockets to lessen the smell of the rotting bodies of these living, yet dying, people. Thus the song Ring a Ring O Roses was written.

All the citizens of each country could do little else, except to carry dead bodies to be buried. At every church in every town, village, or city, they dug deep pits down to the water-table; and thus those who were poor who died during the night were bundled up quickly and thrown into the pit.

In the morning when a large number of bodies were found in the pit, they took some earth and shoveled it down on top of them; and later others were placed on top of them and then another layer of earth, just as one makes lasagne with layers of pasta and cheese.

This practice actually spread the disease much further and faster as, now, it's not just the rats that transmit the disease but also the water reservoirs.

Thousands of these villages in Europe and the greater Eurasian continent were completely killed off, leaving abandoned houses and farms dotting the countryside. In some cases, nature completely took over these towns and villages that it took the advent of aerial photography following the end of WW1 for these to be rediscovered. By 1351, the plague had reached the western edge of Europe in Spain and its Northern West edge in Russia.

Perhaps the most significant impact that the Black Death had on Eurasia was that it contributed to the fall of the mighty Mongol Empire. After all, the pandemic started within the Mongol Empire and devastated peoples from all four of the khanates - and then moved towards the east and the west.

In the wake of the greatest disaster in human history, persecutions of the minorities - believed to be the cause of the plague - began. Those that survived eliminated a huge population of Jews, Beggars, Pilgrims, and Gypsies, and people who cut in line at coffee shops.

The plague revisit Europe in the 17th century, such as the plague of London in 1665 to 1666 that killed over 150,000 of London's citizens, and the plague in Moscow that eradicated 1 out of 3 of the population in 1771; but never with the same ferocity it did during the eponymously named the "Black Death".

This is Rhiz Manalo, Managing Consultant and Co-Partner of CentrAsia Tours, Co-Founder of The White Dog Collective signing off.

You can also catch me on my personal portfolio

Romance Meets Reality in the Day After Valentines

Work From Home, Temporary, or A Career?

The K9s In The Line of Duty